I shot portraits of a David Torres, who is running for Nueces County Commissioner, on North Beach this morning. We took some of just him and some of him with his grandson.

A Conversation With Ken Burns

I shot photos during an hour-long interview that my sister, Ellen Green, did with documentary filmmaker Ken Burns in Amarillo on April 15 about his upcoming film, The Dustbowl. Ellen is the host of the weekly PBS TV talk show in Amarillo called "Face-To-Face." My 90-year-old mother, Pauline Durrett Robertson, is featured in Burns' film as someone who lived through The Dustbowl while growing up in the Texas Panhandle in the 1930s. So it was a real family affair and really interesting to get to meet Mr. Burns. He was in town to honor the people who appear in the film, which will air on PBS November 18 and 19. I shot the first photos at an event in Oklahoma where Burns spoke and gave the audience a sneak preview of his 2-part documentary. * View photos
No comments:

I shot portraits of a Corpus Christi couple and their three dogs at Cole Park's Oleander Point this evening at sunset. The wife was pregnant so, after the main photo, we focused in on her round belly. 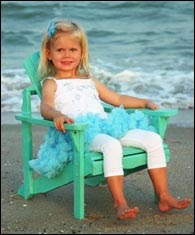 Explore our Blog Archive below to view our most recent work